With Budget 2015 approaching there is much talk of continuing growth within the Irish economy, which includes continued growth for the construction industry.  Construction has been increasing steadily over the past 12 to 15 months, with continued growth seen in the first quarter of 2014. 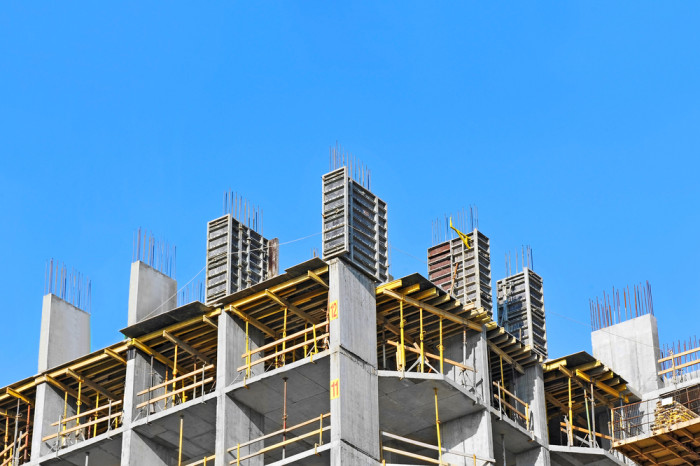 Reports from the National Housing Construction Index, produced by Link2Plans, shown an increase of 132% in commencement notices of residential projects in the first quarter of 2014, when compared with the same period in 2013.  In addition Hays, one of Ireland’s largest recruitment companies, have found a three-fold increase from 2013 in the number of jobs available within the construction sector for May 2014.

In our recent blog Dublin Property Market – An Attractive Investment Opportunity we discussed the increasing property prices in Dublin.  We have been monitoring this sector with interest and it would appear that the increase in demand for housing has naturally resulted in the growth of the construction industry.

While there has been an increase of 132% on commencement notices for the first quarter of 2014, the results for January and February 2014, when compared with the same period last year, are much higher as they reflect an increase of 192%.  Danny O’Shea, Managing Director of Link2Plans has indicated that the drop off since February is connected with the  new building regulations which came into effect on 1st March 2014.  Many commencement notices were rushed through before 1st March 2014 to avoid the new regulations as they will add extra costs to projects due to increased oversight required by professionals.

In addition to the increase of commencement orders, the report issued by Link2Plan has seen a national increase in planning applications of 19%.  While there is an overall increase on a national level it must be noted that 10 counties did record a drop, with Leitrim reflecting the highest drop at 57%.  As one would expect, Dublin has reflected the highest increase at 61% with Waterford following closely at 58%.

While the first quarter of 2014 did reflect exceptional increases within the residential market, which has been influenced by the rush of applications before 1st March, it is expected that a slight downward trend will continue throughout 2014.  However, an overall increase is anticipated from 2013 figures.

As outlined above, Hays have experienced a significant increase in the number of jobs available within the construction industry, with work from the commercial sector providing a bulk of these new jobs.  Quantity surveyors, project managers, site engineers and property managers are in particular demand as many of these qualified professionals have traveled abroad in recent years to secure employment.

Reports from property consultants Jones Lang La Salle show that €800m was invested in Irish commercial property over the three months to June 2014 which included “Project Sapphire” where we saw the sale of office buildings at Georges Quay and Georges Court in Dublin from Cosgrave Group to Green REIT.  In addition to growth within the domestic market many companies have secured work abroad and are confident that such growth will continue during the remainder of 2014.

While all of this growth has lead to increased employment within the sector it is also leading to the increase of demand for input products.  Suppliers to the construction industry are naturally reacting to this by increasing the prices of their products, however demand is further impacted by the fact that suppliers are maintaining low stock levels, which is having a negative effect the timing of delivery of goods to construction sites.

As the Irish economy continues to recover and grow confidence in the Irish market can been seen from recent announcements of new projects commencing this year.

One of the more publicised expansions is the €30 million investment by Applegreen for the development of six new service stations by the end of 2015. While a significant number of the jobs promised with this investment will relate to staff members working within the service stations, it is expected that 250 construction workers will be contracted per sight during the construction stage.

A €45 million development of a nine-storey office block at Cork City’s Albert Quay (beside the City Hall) has recently been approved by planners.  The contact, secured by BAM Contractors and John Cleary Developments (JCD),  is expected to bring 300 construction jobs over the 20 month build.  A further 2,000 jobs will be created in Cork once the construction is complete.  BAM and JDC proved to be a very successful team in the recent past as they worked together on the development of City Gate, Mahon which has secured high profile tenants such as EMC and Dell.

Talks are already underway with potential tenants for the Albert Quay development, with rumors that security systems company Tyco, who recently announced the creation of 500 jobs at their global business services centre at City Gate, could locate a significant number of these employees in these new offices.

At the beginning of 2014 AECOM Ireland predicted a 5-7% growth in Ireland’s Construction industry and recent reports would indicate that AECOM’s predictions may have been correct. The construction industry has seen encouraging growth in the first six months of 2014, however continued growth will be dependent on Governments commitment to incentive plans which will see the development of new offices and industrial construction to meet the demand of foreign direct investment and export companies alike.