Dublin was recently named the second most attractive investment market in Europe for property investors by the Urban Land Institute, which is not surprising given that Dublin property prices have increased month on month throughout 2013 to an overall increase of just under 16%, with further increases expected in 2014. 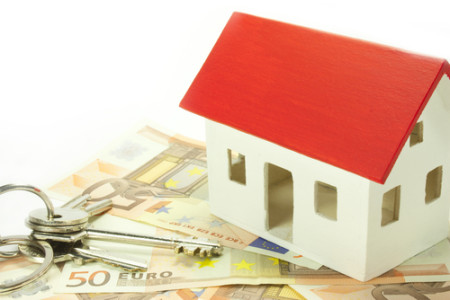 For many years Ireland was considered a “no-go” location for property investment, however with improving economic conditions coupled with more attractive pricing levels Ireland has become one of the more desirable property markets in Europe.  The recent report from Urban Land Institute ranked Dublin ahead of  Hamburg, Berlin and London within the European Property Market.

As outlined above there has been a steady increase in Dublin property prices over the past year.  While average house prices are currently running at 47.4% lower than their highest point in 2007, the Central Statistics Office (CSO) has reported that Dublin property prices are outperforming the rest of the country with an increase of nearly 16% in the past year alone.

It is widely accepted that one of the main factors driving the increase in property prices is the lack of supply to meet demand. In 2013 approximately 7,000 new houses were built nationwide which is a significant drop from just over 93,000 in 2006.  Also, in 2013 the number of new build completions fell by 2%. Ronan Lyons, Professor of Economics at Trinity College Dublin believes that between 5-6,000 new builds are required in Dublin each year just to meet demand.  It is feared that due to planning barriers and restricted availability to bank finance this high level of demand may not be met, which will give rise to further increases in property prices during 2014.

The average price for a second hand home in the greater Dublin area currently stands at just over €300,000.  The Annual Residential Property Review conducted by The Society of Chartered Surveyors Ireland (SCSI) states that nearly half of the properties purchased in 2013 were through cash purchases without the use of financial institutions.  This, accompanied with a growing confidence in Ireland as a whole, has assisted the growth in property prices.  The SCSI also note that there has been an increase in residential property investment with investors taking advantage of the lower apartment prices.  Their report also outlines that there has been a significant increase by foreign investors in Irish property with a number of foreign investors purchasing multi-unit developments.

Like property prices, the rental yield achieved on Dublin properties is also outpacing the rest of the country.    Latest reports from Daft.ie showed that in late 2013 Dublin rents were rising by 11% a year, which is the fastest rate of inflation in rents since mid 2007.  With monthly average rents of €1,250 being achieved, rents are effectively at the same level of those achieved in early 2006.  In contrast, rents in Munster, Connacht and Ulster still remain about 20% lower than the average rent achieved in 2006.  There is a marked contrast between Dublin and the rest of Ireland emerging.

The increase in rental yield in Dublin is again as a result of supply not meeting demand.  For example in February 2009 a tenant would have chosen from almost 6,700 units.  This figure has dropped to fewer than 1,500 units in late 2013. Dublin has always been a major hub for business and as our economy continues to drive itself out of the recessionary period it found itself in, many of the jobs being created are in the Dublin area.  This is creating an added influx of renters to the Dublin market.  In addition to this the Housing (Standards for Rented Houses) Regulations 2008 are adding further pressure to the supply of residential rental property available as it will generally take those properties built pre 1963 out of the system owing to obsolesce.

The outlook for 2014 is that both property prices and rental yields within the Dublin area will continue to increase. This growth will mainly be driven by increased confidence in Ireland’s continued economic recovery and growth.  It is believed that first time buyers will be the main source of demand in the coming year, as finance is starting to become available from financial institutions.  While the owner occupier market may increase in the year ahead, the buy to let purchases which are funded through mortgages, is anticipated to be weak.  Many of the buy to let properties acquired in 2014 may again be through cash means.

To meet the demand of the first time buyers there are calls for planning permission on high density apartments to be re-designated to family homes.  There are further calls for the financial institutions to address the current negative equity position which many homeowners find themselves in as this will facilitate the mobility of those wishing to trade up or down and therefore release stock into the market. One final measure to drive the property market will be the introduction of robust measures to encourage the building sector to start building again.

Like other developed economies, Ireland’s property market will go through many cycles, however the scales of our recent boom and bust over the past number of years have been significant.  Ireland appears to be entering a new positive cycle in its property market.  To ensure our economy avoids a repeat of recent years the current increase in both confidence and growth must be accompanied by the right policy choices around finance, development and planning.

If you are interested in investing in the Dublin Property Market and would like further information on any of the above please do not hesitate to contact a member of our team.