The sixth Fastnet Short Film Festival will be launching on Wednesday next, 21st May and will run to Sunday 25th May. As proud sponsors of the festival we are delighted to introduce you to this dynamic film festival which brings together established and first-time filmmakers in the celebration of short film. 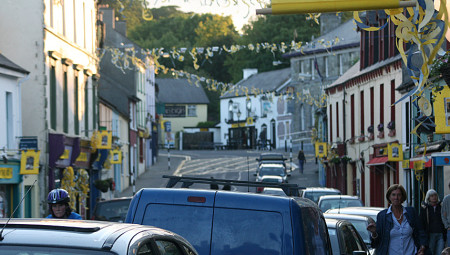 Fastnet Short Film Festival is an unusual film festival in it takes place in Schull, Co. Cork, which is a village without a cinema! To facilitate the various viewings, the village uses ‘Distributed Cinema” which, through the use of the villages own intranet network, allows for the village of Schull to be converted into many different screens. The festival has also developed their very own archive which can be accessed through your smartphone, laptop or tablet, anywhere on Schull’s Main Street, 24 hours a day 365 days f the year.

Main Event- Screening of Philomena and Interview with Steve Coogan

This year the festival is welcoming BAFTA winner and co-writer of the movie “Philomena”, Steve Coogan. Steve will be joined by “Philomena” director Stephen Frears and producers Gabrielle Tana and Tracey Seaward. 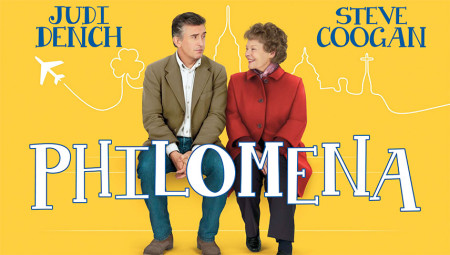 Fastnet Short Film Festival will host a screening of “Philomena”, staring Judi Dench, on Sunday 25th at 2.00pm. This special screening will be followed by an interview with Steve, Stephen, Gabrielle and Tracey, which will be hosted by Greg Dyke, former Chair of the British Film Institute.

Fastnet Short Film Festival has two main cinemas which will screen a variety of over 300 local interest and world cinema programmes.

In addition to the above venues the festival will also host a number of forums and workshops at:

There is one other very special venue which will operate on Saturday 24th and Sunday 25th. This venue is The Living Room Cinema Long Island and is hailed as the most isolated cinema in Ireland. Those wishing to addend this venue will take a short ferry ride from Colla Pier to Long Island (Ferry Cost €10) where they can enjoy an hour long short film programme, while enjoying a complimentary Corona and popcorn!

While most of the events taking place during the festival are free of charge, some events are ticketed, however these tickets are nominally priced and heavily subsidised. As the events are free, they are on a first come first served basis and seating cannot be reserved.

A modest entry fee of between €5 and €10 will apply to the above events.

In addition to the above workshops the festival will host a one-to-one funding clinic on Sunday 25th at 11.00am. Filmmakers can book a private half hour session with an experienced producer who will assist them in identifying the wide range of funding options available for film production.

The Fastnet Short Film Festival will come to a conclusion on Sunday evening, 25th May. The ceremony will include prize giving, followed by the closing celebrations. This closing ceremony has always been a highlight of the festival with live entertainment from an open mike!